one of the first EMT 927 turntables ever manufactured by EMT

November 2021 I had the lucky opportunity to buy one of the first EMT 927 turntables ever manufactured by EMT, the EMT 927/R 80 with serial no. 34 from 1953. As seen in one of the pictures the EMT type/serial tag mounted at the under frame indicates EMT 927 Nr. 34, on top it is engraved R 80 in accordance with the German IRT (Institut für Rundfunktechnik) Braunbuch which means this turntable was ordered and manufactured for the German Broadcasting. Initial this EMT 927 was bought by the German Broadcaster Hessischer Rundfunk (Hessian Broadcasting) in Frankfurt and in service till the end of the seventies after which it retired in a private collection. After manufacturing in 1953 this EMT 927 was a mono turntable with an Ortofon RF-297 mono tonearm, somewhere in the seventies it was upgraded to a stereo turntable with an EMT 997 stereo (banana) tonearm. After 70 years it's still in very good working condition including a working optical groove indicator, cosmetically it needs some attention and there are some minor modifications especially the hour counter which is not EMT original. Coming time I will check the overall condition and investigate what to do to bring it back to the original version, a challenging project for coming year(s). 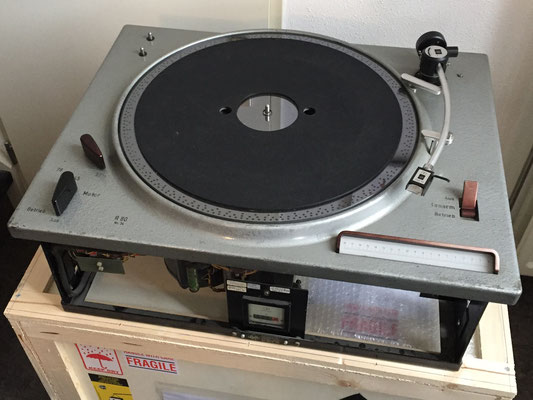 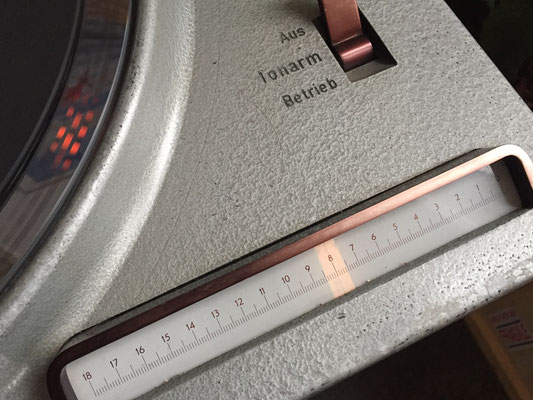 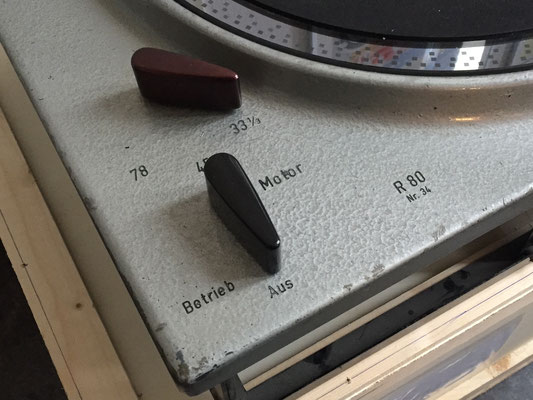 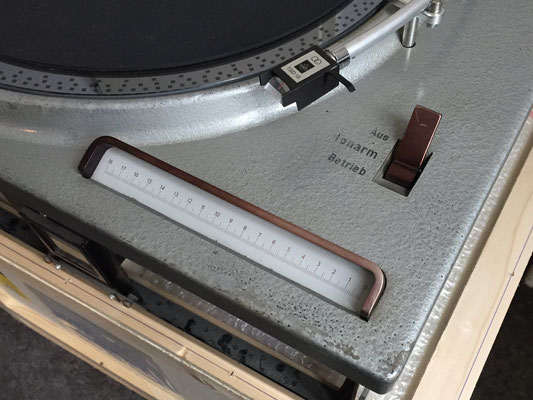 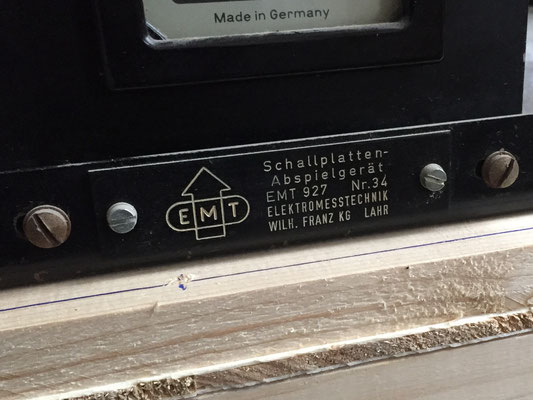 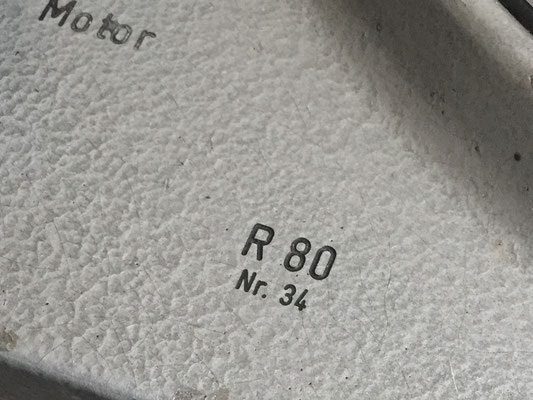 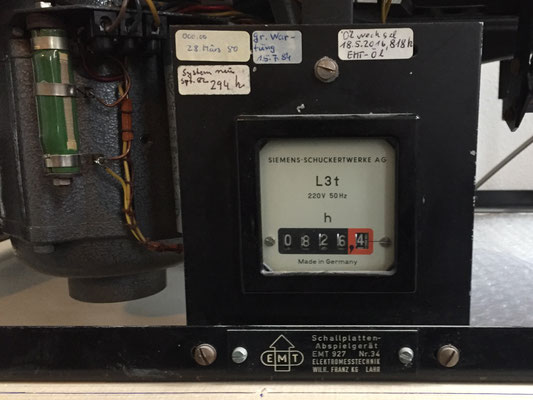 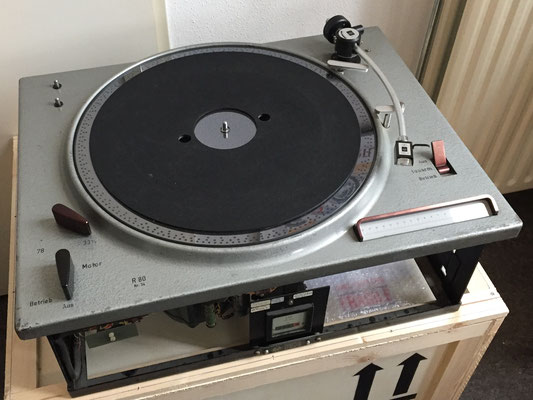 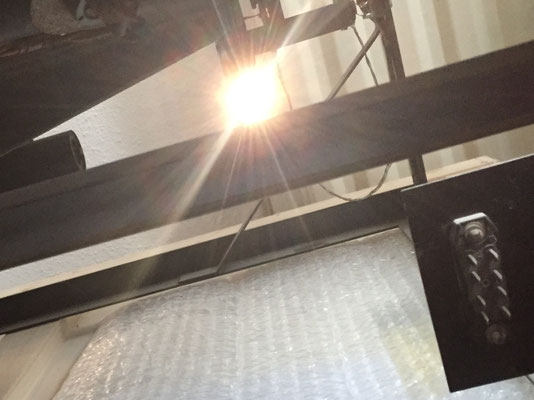 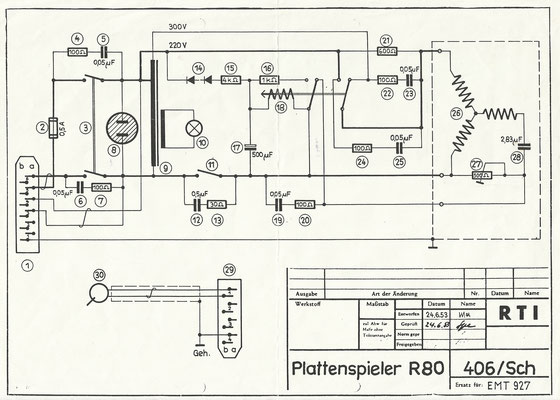 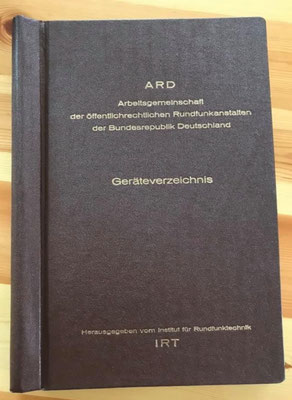 June 2022, one of the biggest differences between the EMT 927/R 80 and the later standard production EMT 927 is the huge power switch as you can see in the first picture coming from my archive, with this power switch the hole EMT 927/R 80 is switched on (EIN) and off (AUS) from the mains power. In my EMT 927/R 80 # 34 from 1953 the power switch was removed in 1980 and replaced by an hour counter. After consulting all my (EMT) sources it became clear that finding such a switch was a mission impossible so I decided to go for a replica, after a long search I found the switch itself from a seller in Latvia and asked my supplier of mechanics to make the mounting plate and switch bezel. The result is very satisfying and after finishing all in black the EMT 927/R 80 # 34 will be a step closer to the original version. 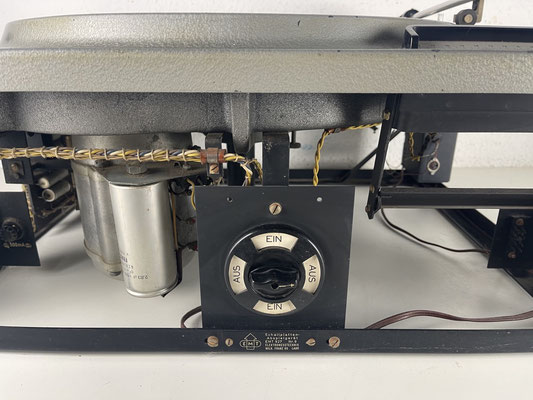 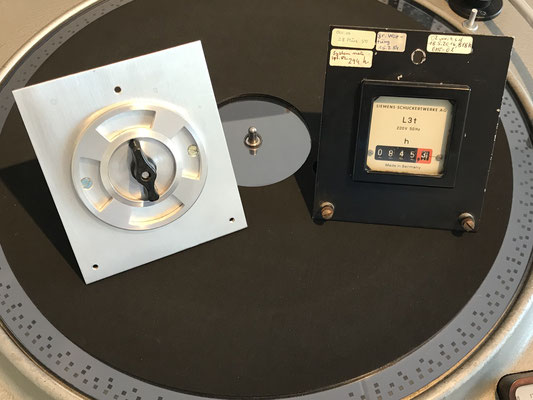 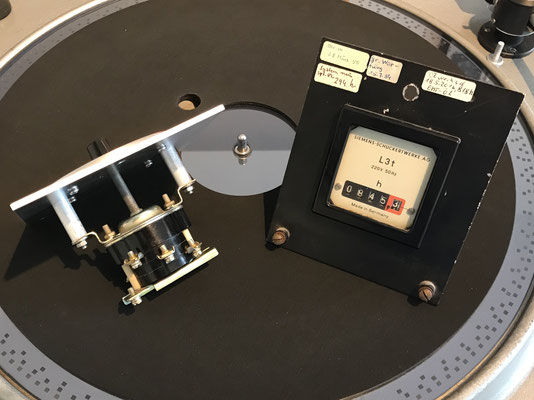 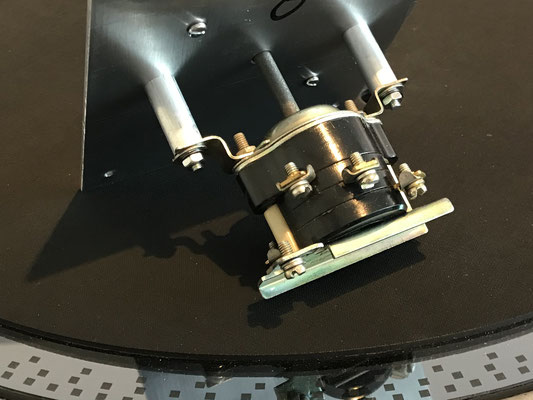 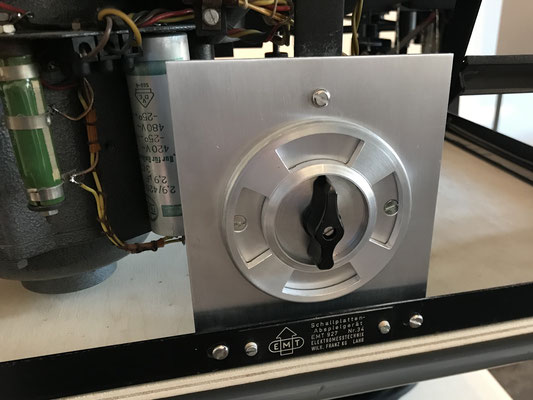